Discover Piran: get there from Venice with Venezia Lines

A charming little town on the Slovenian Riviera

Piran is the smallest city on the Slovenian coast located on the most southwestern tip of Slovenia on the Gulf of Piran on the Adriatic Sea. The town has a strong Venetian influence in the layout and architecture of the buildings with many compact houses and narrow streets. It’s one of Slovenia’s major tourist attractions and the administrative centre of the local area.

Between the 13th and end of 18th century the area was an important part of the Venetian Republic Serenissima, as a semi-autonomous region, including a council of local noblemen assisting the Venetian procurators. During this time, the city successfully fought off a number of enemies (Republic of Genoa, Turkey as the two strongest examples) including pirate assaults. By the middle of the 16th century the pest attacked and killed almost two thirds of the population. By the end of the Venetian era the city had a new enemy in the trade business from the Austrian port of Trieste. 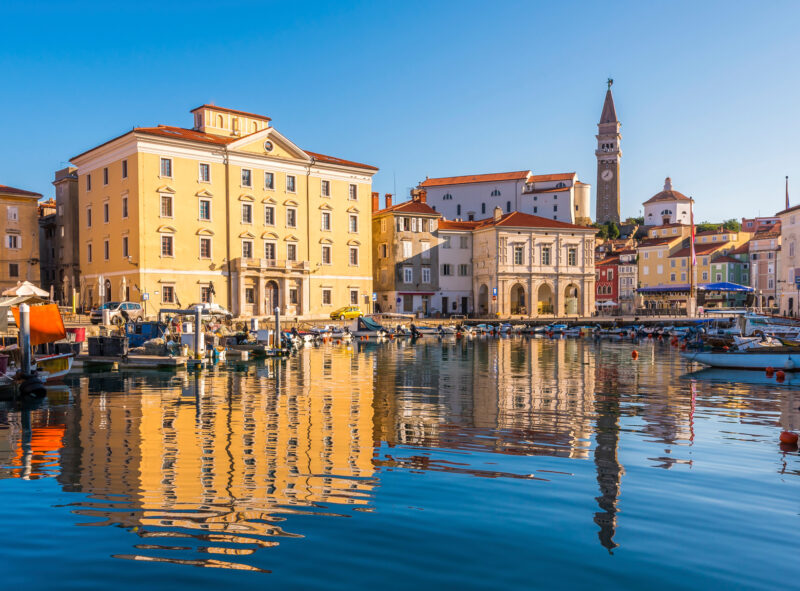 The old port town forms a peninsula into the northern Adriatic on the north and south, while the eastern part is protected by a medieval wall as a cultural and historical monument. It’s narrow streets, stone built houses descend from the hill and its church to the central square on the coast only emphasise its Mediterranean character. Besides it’s rich architecture there is an aquarium, a Maritime Museum, a history museum and numerous churches to visit. 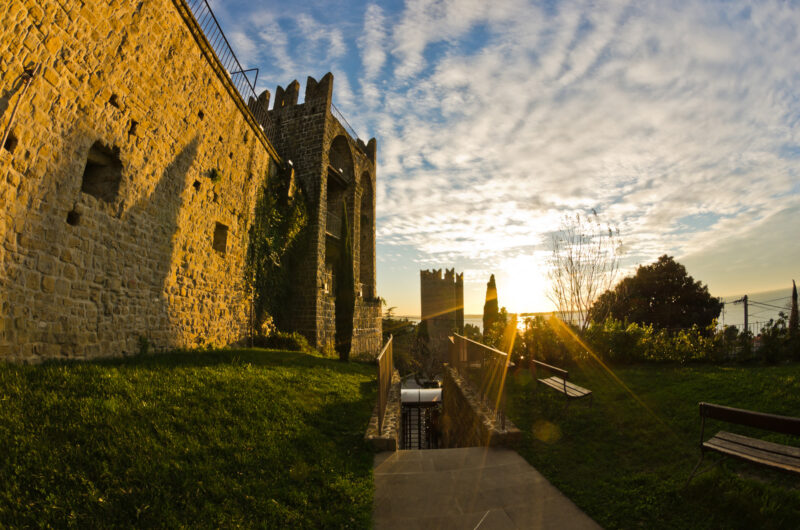 Piran’s location make it an interesting holiday destination with many interesting places to visit in it’s vicinity. The salt pans of Sečovlje, the olive oil museum on the hills overlooking Piran, various wine cellars and Slovenia’s most important tourist destination; Portorož.

Besides it’s rich historical and architectural heritage, Piran has a very eventful program throughout the whole season. Making Piran an interesting place to stay. Besides two hotels in the heart of the city there are numerous apartments to accommodate guests.

Close to Piran one finds Portorož, Slovenia’s most important summer tourist resort. Established as a health resort in the 13th century for diseases as rheumatism, dropsy, scrofulous, obesity and wounds. After the fall of the Venetian republic in 1797, Portorož served as a holiday resort for the highest ranking officials from the Austro-Hungarian monarchy. Hotel Palace’s origins date back to 1890. 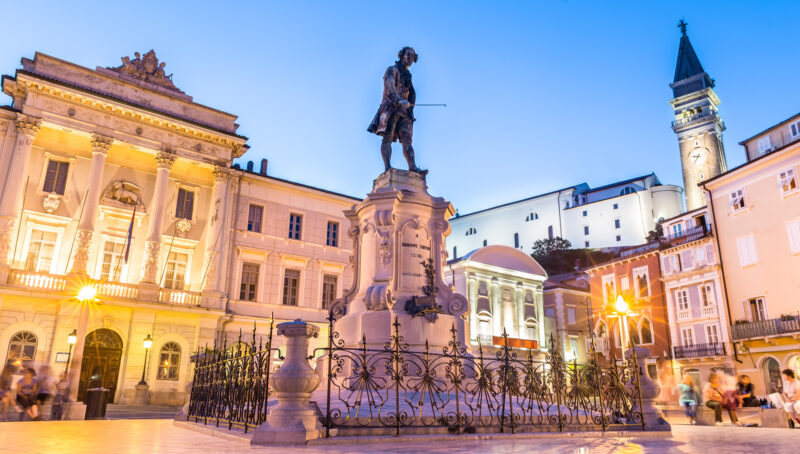