Discover Venice: get there from Croatia with Venezia Lines

Probably the most beautiful city in the world

Venice is the capital of the region Veneto, located on the northern side of the Adriatic. With a population of approximately 60.000 and built on small islands in a swampy lagoon it boasts with a unique layout. Instead of being built along the coast, it’s founders built it in a lagoon away from the mainland on small, artificial islands in order to escape from brutal invasions from different barbarian tribes. Soon after establishment the city grew into an economical and political center of middle Europe, maintaining  major trade routes and governing most of the Adriatic region.

The greed and desire to grow turned it’s back on the city when merchants returned to the lagoon with the plague (also known as the Black death). By the end of the 18th century Venice was only a shadow of itself, Napoleon took advantage of this and conquered the city, ending the era of the longest existing Republic known to man. 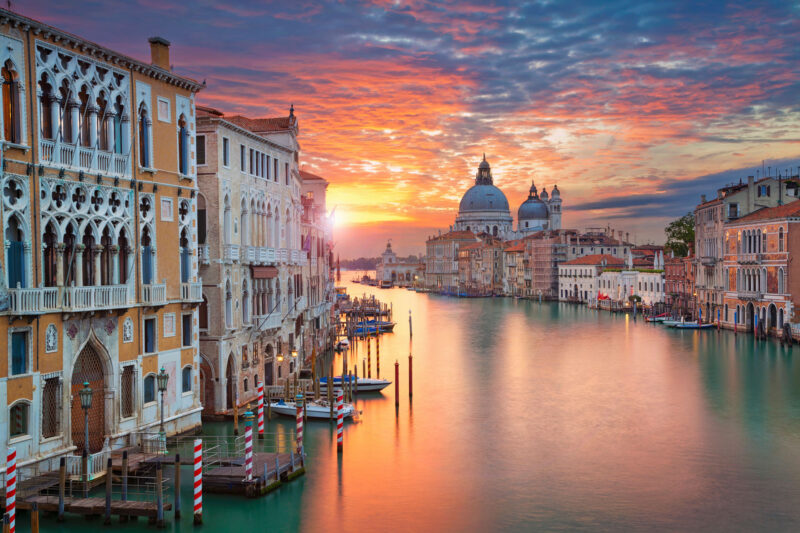 Venice today is the most romantic city on Earth with various nicknames. Some call it »the City of Bridges« or »Queen of the Adriatic«, others »Floating City« and »the City on Water«… Napoleon even called it »the drawing room of Europe«. It is definitely the city with the highest concentration of art, history and architecture anywhere on the planet. On an area of just 8,5 km2 one can find 121 churches, countless palaces, romantic streets and mysterious canals. Venice is a famous place for artists and poets, for romantic sweethearts, mysterious lovers. 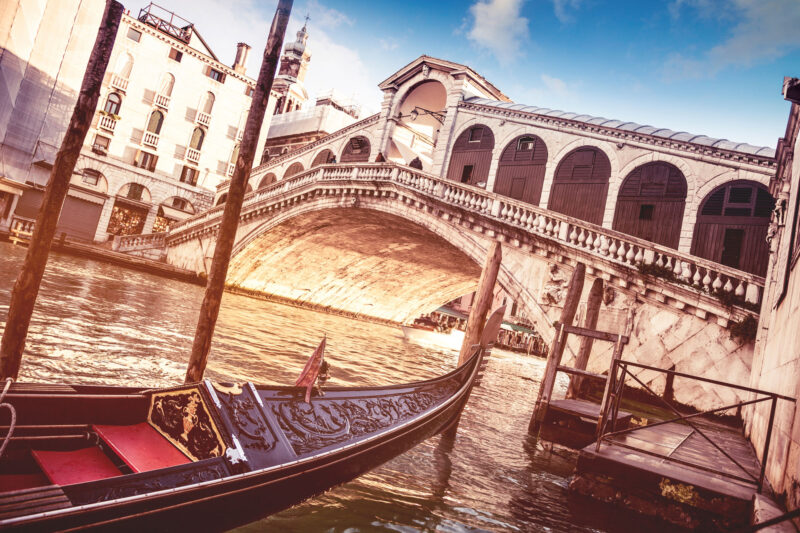 Venice’s most important square is Piazza San Marco, located on the south side of the city and the only one with a waterfront. It is filled with a rich history and is the symbolic heart of Venice. With the Campanile bell tower rising in the middle, St Mark’s basilica at one end and the elegant colonnaded arcade of famous cafes on three sides, it is the place to be – and the numerous of pigeons think so too.

Sit and have coffee (you’ll only be able to afford one) and watch the whole world pass by while a tuxedoed band plays. Then plunge north into the narrow streets full of shops leading towards the Rialto Bridge, or west into the city’s pocket of high fashion designer stores finishing with an extremely expensive Bellini at Harry’s Bar, the place that invented the peach/champagne drink. Alternately, head out of San Marco to the east and stroll the waterfront on the Riva.

The narrow waterways are occupied by traditional boats: gondolas with greek origin (meaning sea shell), in fact, are the most famous and romantic means of transportation for experiencing the city. Taking a gondola ride in Venice is like taking a ride back in time. Black, sleek boats without engines operated by distinguished gentlemen make the passengers experience the way Venice was meant to be seen: from the water.

Besides the narrow canals one can also sail down the Canale Grande and see Venice in all it’s glory. The canal was built wide enough so one can admire the glory of byzantine, romanesque, gothic, renaissance, baroque, neoclassical and modern style. All the celebrities of throughout the Venetian history did whatever was necessary to be seen living in one of the palaces along the world’s most beautiful waterstreet. 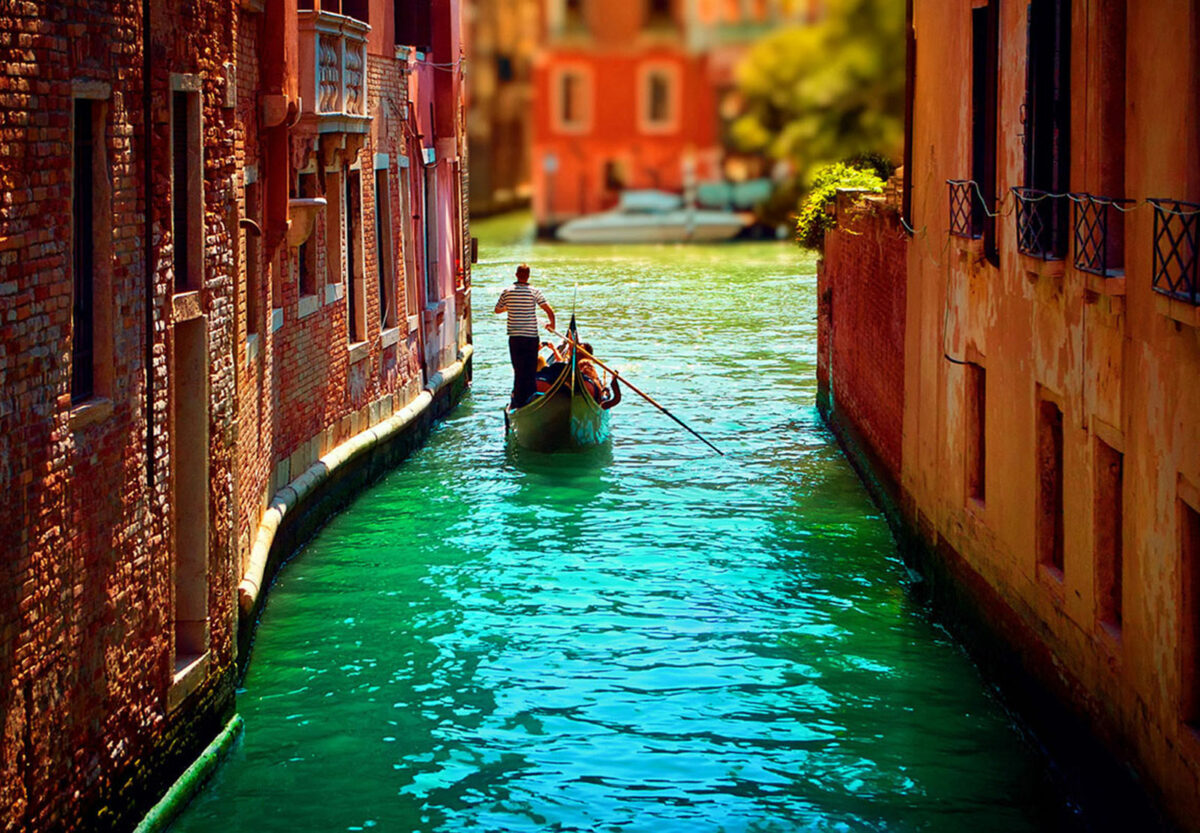 Do not mix up with Cruise Liner terminal

How to get to San Basilio port

From the above 3 areas you can reach San Basilio Ferry Terminal on foot or by using the Public water bus service called Vaporetto.

If you are flying in or out of Venice you are probably using either of the following airports:
Marco Polo Venice Airport (VCE), Antonio Canova Treviso Airport (TSF)