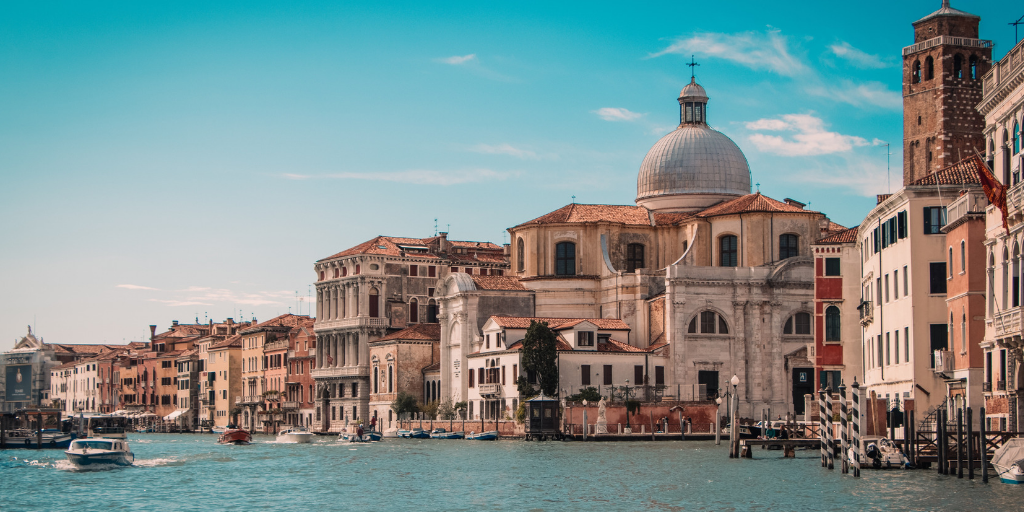 5 places near Venice to visit on a day trip

If you’re planning more than just a Venice day trip and want to take a few days to enjoy a bigger tour of Italy, you might be interested in other places to visit near Venice that you could add to your itinerary. Today, we’re sharing some of our favourite places within easy reach of Venice. Which will you go to first?

Known in Italian as Padova, the beautiful city of Padua is one of our top places to visit near Venice by train, and it’s only just over half an hour away. Once a powerful city state, it’s home to Italy’s second oldest university and has plenty of medieval marketplaces for you to explore. Don’t miss the Basilica di San Antonio, which houses the remains of St Anthony, and enjoy a stroll around the 90,000 square metre piazza known as Prato della Valle, where you’ll find 78 statues of notable Paduans. 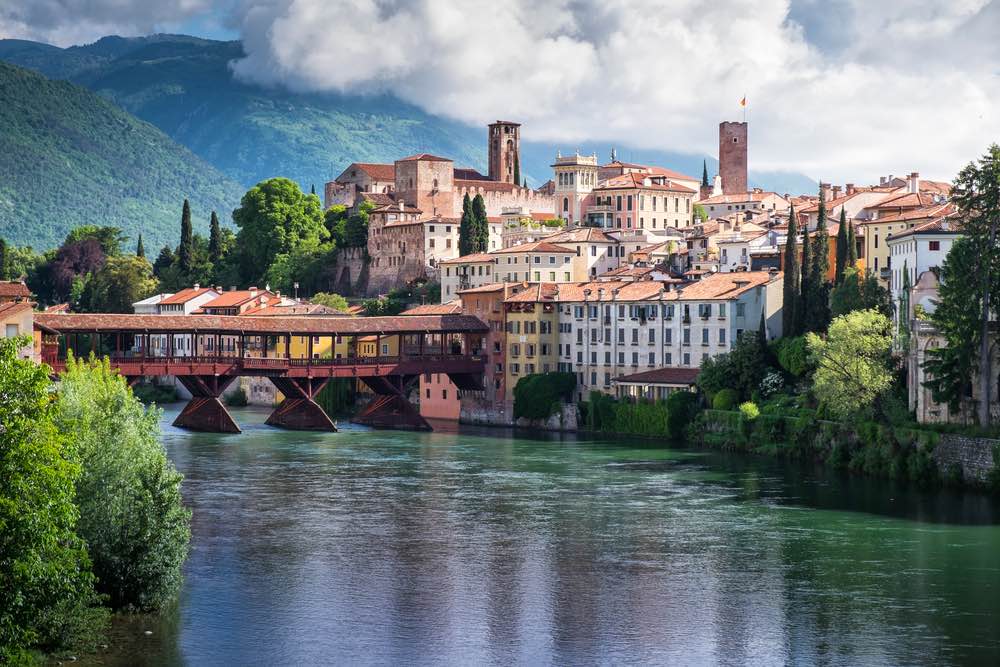 Head up towards the Alpine foothills to the town of Bassano del Grappa, an hour and 20 minutes away from Venice by train, and discover the history of one of Italy’s most famous liqueurs, grappa, at the Museo della Grappa. The town is also famous for its picturesque 13th-century wooden bridge, known as the Ponte Vecchio (Old Bridge). 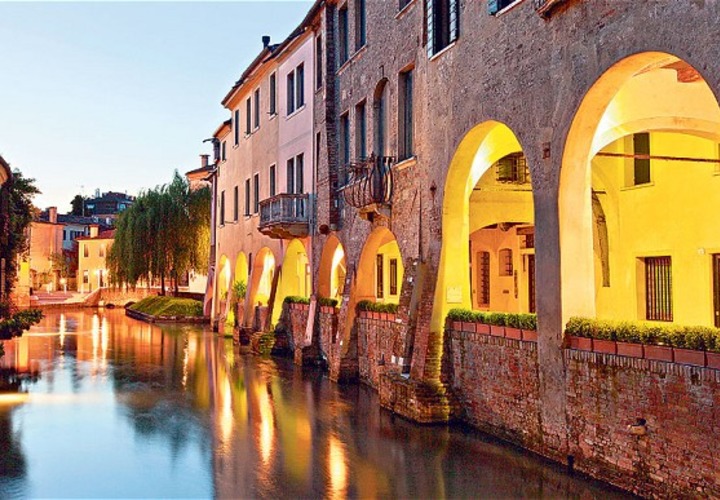 Noted for its canals, the town of Treviso is 45 minutes from Venice by train, and it’s where you’ll probably end up if you’re visiting Venice on a budget airline. While it’s much less well-known than Venice, which once owned it, Treviso is worth a visit for its cobbled medieval streets and a beautiful cathedral boasting a work by Titian. It’s also celebrated for its local sparkling wine, now a popular aperitif the world over: Prosecco.

The word ‘Terme’ means ‘bath’, and this area is one of Europe’s best spa attractions. One of our favourite places near Venice to visit when we need to relax, Abano and Montegrotto Terme is the place to come for all manner of spa treatments, from massages to thermal mud baths. It’s about 40 minutes on the train from Venice, and well worth a day trip.

If you’re visiting Venice in an even-numbered year, and at the end of September, you’re in for  a treat if you visit Marostica, just over an hour’s drive from Venice. That’s because as well as being noted for a local variety of cherry, it’s famous for its human chess tournament, which takes place on the fourth weekend in September every other year. People dress up as the chess pieces as part of a medieval-themed festival that makes an excellent change of scene if you’re staying in Venice for a few days – perfect for adding some variety to your Venice itinerary.