Is sure to leave you breathless

Rovinj is a charming town situated on the north Adriatic Sea, on the western coast of the Istrian peninsula; it is a popular tourist resort and an active fishing port, surrounded by green hills and shadowy woods with subtropical vegetation. The town offers extraordinary natural landmarks and sights. The old town rises directly from the sea. Narrow cobbled streets lead you past numerous cafes, restaurants, art galleries, small piazzas and next to large Venetian style houses. You will surely enjoy the Mediterranean climate; from the middle of May to the middle of September the sun shines more than 10 hours a day. Rovinj is a wonderful place for relaxing and enjoy the local Mediterranean cuisine.

Originally the peninsula on which the city lies was an island, separated from the mainland by a channel that was filled in 1763. Rovinj history switches from a settlement of Illyrian tribes to a Roman city called Ruvinium, then part of the Byzantine empire, then in the sixth century part of the Exarchate of Ravenna and in 788 part of the Frankish empire. It then came under the rule of different feudal lords during several centuries. It was from 1283 to 1797 one of the most important towns of Istria under the Republic of Venice. The city was fortified by two rows of walls with three town gates. The remaining town walls date from this period. After the fall of Venice and the Napoleonic parenthesis, Rovinj was part of the Austrian Empire until World War I. Then it belonged to Italy from 1918 to 1947, when it was ceded to SR Croatia within SFR Yugoslavia. A part of the residents still speak Istriot, a Romance language once widely spoken in this part of Istria. You will see signs of this rich history in your visit through the town.

Among the cultural sites, the Church of St. Eufemia requires a visit. This largest Baroque building in Istria dominates the old town centre. Its 60 m high tower is the highest church tower in Istria. You can always tell in which direction the wind blows by the copper statue of St. Eufemia on the top of the tower. The Town walls and gates also are worth seeing. In the 7th century Rovinj was surrounded by town walls and towers. The town was entered through 7 gates of which 3 still exist. The Arch of Balbi guards the entrance into the old city; it dates from 1680, and a late-Renaissance clock tower is still present. Please take some time also for visiting the town museum. Moreover, In Dvigrad (23 km away from Rovinj) you can find ruins of medieval town abandoned in the 17th century.
Among the natural beauties there is Crveni otok (Red Island). In the 6th century a Benedictine Monastery was established on the island of Sv. Andrija (St.Andrew). In the 19th century the island was transformed into a wooded park and now it is a popular place for spending the day on the beach in one of many coves.

Take your time for exploring also Zlatni Rt Forest Park , Limska Draga Fjord, the Rovinj islands and mainland – called “outstanding scenic wonders,” because of the pristine beauty of the indented coastline and its forests, consisting of holm oak and Alpine pine trees.

Rovinj is the right place for relax. It is surrounded by 13 green islands where you can truly enjoy the sun of the rocks under pine trees and swim in crystal clear water. If you want a more active holiday you can enjoy all sports connected with sea life; there is an interesting quantity of the submarine locations of sunken ships and rich underwater world which you can explore. You can also try free climbing and experience in full the beauty of the environment.

Rovinj, once a small fishing port, still manages to preserve a part of its simplicity. Rovinj is sure to leave you breathless. 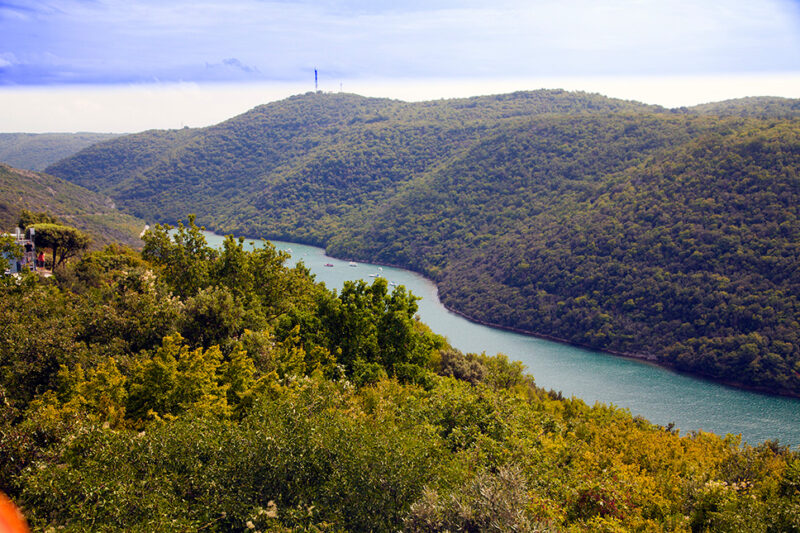