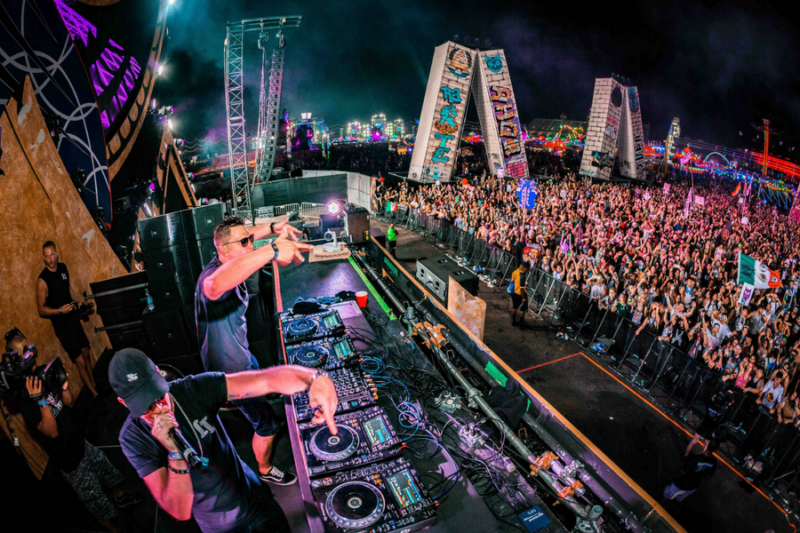 Discover the Most Anticipated Music Festivals in Croatia

For a long time, Croatia was mainly known for its beautiful landscape, clear blue sea, and lush vegetation. But in recent years, this Balkan country has become wildly popular for its music festival scene that attracts people from all over the world.

So, let’s dive in and discover Croatia’s most anticipated music festivals.

If you’re worried that Croatia is just about electronic music events, fear not.

Although this genre has always been very popular in this part of the world, the music festivals here cater to a wide range of tastes and please even the most demanding audience.

So, here are Croatia’s 3 most popular music festivals.

The beautiful city of Pula, the nearby sea, the wonders of an ancient fort, and the Roman amphitheater are the traditional backdrop of the Outlook Festival, Europe’s largest bass and dubstep event.

Dubstep is a subgenre of electronic dance music in which the bass is reverberated at different speeds to create a sense of movement.

Until 2020, the festival was held in the Punta Christo fort in Pula and at the Roman amphitheater. In summer 2021, the event moved to the Garden Resort in Tisno and changed its name to Outlook Origins.

This year, the event kicked off on a cliff-top fortress by the sea in Sibenik before moving to the amazing venue of the Garden Resort.

The Sonus Festival is also known as Pag Festival after the island that’s been hosting it for 8 years. This year, it finally took place in August at Zrce Beach in Novalja on Pag island after a two-year hiatus.

If you love underground electronic music, you won’t want to miss these 5 days and 5 nights of partying with a fantastic lineup spread over 3 open-air clubs: Kalypso, Papaya, and Aquarius.

And if that weren’t enough, on the last two days of the festival, you can also take part in one of the famous boat parties, where you can dance to the music of famous DJs.

And did you know that the Sonus Festival won the Ambassador Award for “Best Croatian Festival” three years in a row?

The event is organized by the creators of the Time Warp Festival in Germany. And, in fact, it’s considered its summer version.

INmusic festival #15 took place in June on the Isle of Youth in Lake Jarun, Zagreb.

Over the years, the event has been headlined by some of the most famous artists on the international scene, such as The Prodigy, Billy Idol, Franz Ferdinand, Arctic Monkeys, and Arcade Fire. And this year was no different.

During the days of the festival, Zagreb is transformed into a giant stage where the spotlight is on music and artists play live.

It’s not uncommon for festival-goers to take a few extra days to visit the city and enjoy the many activities it offers. Examples include kayaking at the Mreznica Canyon or cycling along the Medvednica route.

How to Get to Croatia’s Music Festivals

There are several options to get to these three and other famous music festivals in Croatia.

If you’re in Italy, the quickest way is obviously by plane. However, the younger crowd could opt for the bus. If you choose either one of these options, you may have to rent a car if you don’t want to use public transport. So, if you want to be truly independent, you might consider going by car. But, of course, it can be quite a long journey. That’s why more and more people opt for a Venice to Croatia ferry.

After all, Croatia borders the Adriatic Sea and has many ports served by ferries.

Venezia Lines, for example, serves the ports of Umag, Poreč, Rovinj, and Pula. Our ferries are the perfect solution if you want to enjoy the journey without stress.

Plus, you can take advantage of our many offers, such as family or group packages, or join the VIP Club.