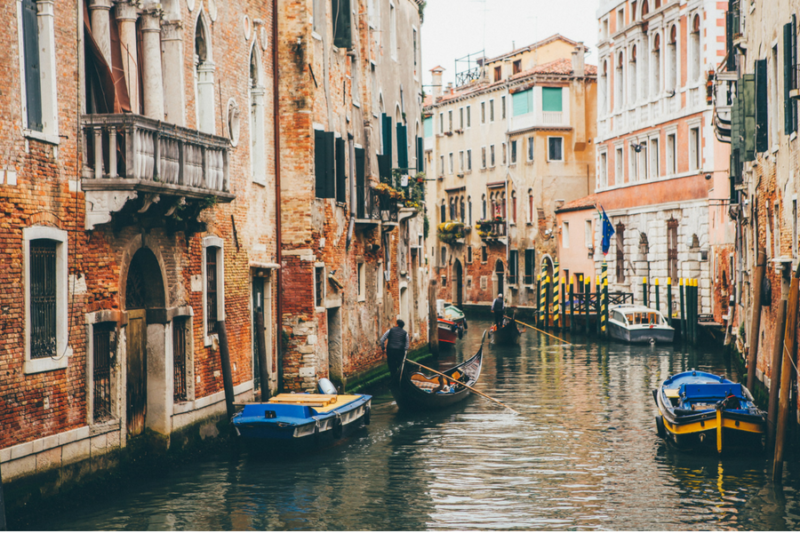 The Venice Canals and Why you can’t Swim in Them

Venice is considered one of the world’s most magical places, and its canals certainly add to its charm. This city is a testimony to human ingenuity and inventiveness. Beautiful stone buildings overlooking the canals, throngs of tourists crossing bridges and meandering through narrow roads, boats big and small cruising through the canals: this is as Venice as it gets!

And although Venice has many monuments to admire, its canals are indeed one of the world’s most popular attractions. But how many canals does Venice have?

The floating city is crisscrossed by more than 150 canals and over 400 bridges, giving it a unique character.

When inhabitants from the mainland first settled in Venice during the 5th century, the canals were basically inlets between the Venice lagoon’s marshy islands. Overwater buildings rested on stilts obtained from closely spaced tree trunks. Later, when the buildings became more elaborate and constructed with brick and stone, the canals’ bases solidified with limestone.

Today, these waterways attract thousands of visitors from all over the world. And it’s not uncommon for some of them to break the law and try to swim in them. But what are Venice’s main canals, and why can’t you swim in them? Here are all the facts about the Venice canals.

The Grand Canal – or Canalasso, as the locals call it – is the main waterway. It stretches 3 km, forming a giant “S”, from the Santa Lucia train station to St. Mark’s Square and the beautiful church of Santa Maria de Salute.

It’s also a major traffic artery lined with more than 170 buildings, including many of Venice’s architectural landmarks. Moreover, the Grand Canal is crossed by four bridges: Rialto, Degli Scalzi, Dell’Accademia, and Della Costituzione.

But Venice is also crisscrossed by smaller canals, like the Cannaregio, Giudecca, and Scomenzera.

The Cannaregio Canal stretches 800 meters from the Cannaregio district to the Grand Canal. It’s lined with historical buildings and churches and crossed by the Guglie and Tre Archi bridges.

The easiest way to see the architectural masterpieces along this canal is by taking the line 1 water bus.

The Giudecca Canal is one of the main waterways in Venice, as it’s long and deep enough for larger vessels to access the city. If you take the water bus along this artery, you’ll admire beautiful monuments like the 16th-century Redentore and Le Zitelle churches. You’ll also get to see impressive Renaissance buildings, such as Palazzo Giustinian Recanati.

Finally, the Scomenzera Canal connects the Giudecca Canal to the first part of the Grand Canal in Santa Chiara, passing through the Maritime Station and the Santa Marta area.

Why You Shouldn’t Try to Swim in the Venice Canals

The Venice canals create a fascinating maze. But as inviting as they may seem, you must resist the urge to take a dip, as swimming in the canals is prohibited. Here’s why.

There are two main reasons why swimming in the canals is a bad idea. For one, it’s dangerous because of all the gondolas and motorboats. In addition, it’s unsanitary because they’re contaminated by household and industrial wastewater.

In fact, Venice doesn’t have sewage pipes and conduits because they would require raising the entire city by half a meter. So, even if houses are now equipped with septic tanks, most of the wastewater still ends up in the canals. Then, the tides flush it out into the sea twice a day, exchanging it with clean seawater.

Luckily, larger facilities like hotels and restaurants have more sophisticated systems that filter the wastewater before conveying it to the canals. Another reason you shouldn’t attempt to swim in the Venice canals is the waste from the chemical plants in the Porto Marghera industrial area and the pollution from boat traffic.

So, remember: diving into and swimming in the canals of Venice is illegal.

And if you do take a dip in the Grand Canal or any other canal in Venice, just be warned that you will be handed a €350 fine. But that’s not all. You will also be removed from the city. Not a great way to end a holiday in one of the world’s most beautiful and magical cities.

Getting to Venice with Venezia Lines

Even if you can’t swim in Venice canals, the city still has plenty of natural, artistic, and cultural wonders to enjoy and admire.

If you’re thinking about planning a trip to Venice, we recommend opting for the comfort of our ferries. For example, if you’re in Croatia, Venezia Lines catamarans are the easiest way to get to the Floating City.

Whatever needs you may have, we’ve got you covered with plenty of options. For example, you can opt for a family or a group package or join the VIP Club to get exclusive benefits.

Venice is waiting for you with its canals and attractions for an unforgettable holiday.